Finally -- the tutorial for my ABC book! There are a lot of photos and details, so I will be splitting it into a couple posts over the next couple days. 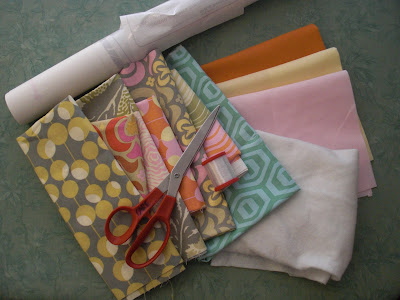 SUPPLIES:
~ 1/2 yard lightweight paper-backed fusible webbing
~ fabrics for the letters (you can do i-spy prints like in my example here, or other prints like the one I'm making today)
~ fabrics for page backgrounds (at least three)
~ lightweight batting or felt
~ clear monofilament thread
~ permanent marker
~ printer paper 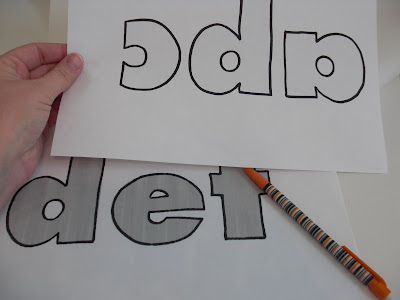 STEP ONE: Create your letter templates. I found a font I liked in Word and increased the size of the font until the tallest letter, usually "f" if you are doing lowercase or any letter if you are doing uppercase, was 4" high. Print them out ("fast draft" version is just fine!) and trace around each letter on the WRONG side of the paper with a permanent marker. (Hold it up against a window if you have trouble seeing the letters.) 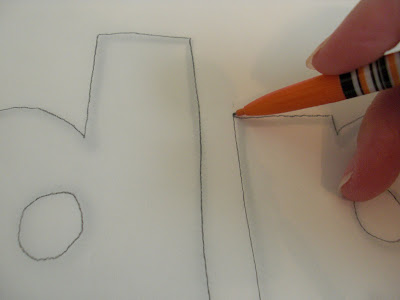 STEP TWO: Layer your backwards letters under your fusible webbing and trace around them with a sharp pencil. I like to use mechanical pencils for this. 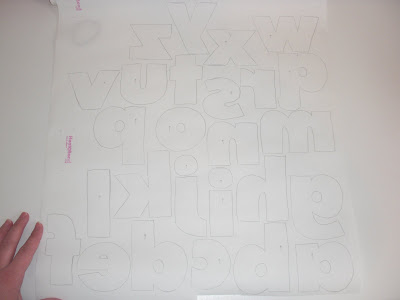 You may want to draw little arrows to show which way is up on some of the trickier letters -- like "b," "d", and "p" -- to avoid confusion when you are ironing them onto your fabrics. I've ruined many an i-spy letter because I couldn't tell whether I was doing a "d" or a "p!" 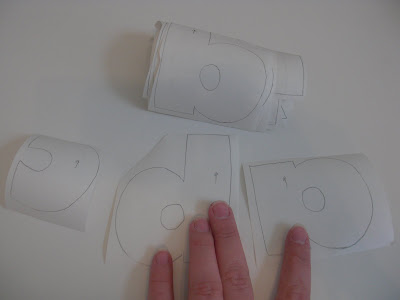 STEP THREE: Roughly cut around the letters. Leave a little space around each one. 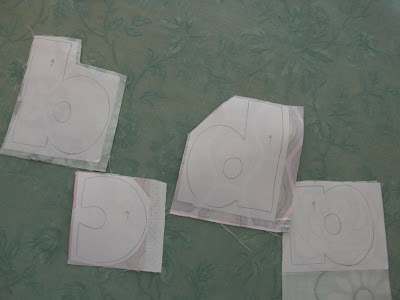 STEP FOUR: Press your fabrics right side down on your ironing board. You want them to be nice and crisp to start with. Then layer your fusible webbing on top of the face-down fabric, with the paper side up, and press. Up and down with your iron, not side to side -- you don't want to drag the iron back and forth across your fusible webbing. 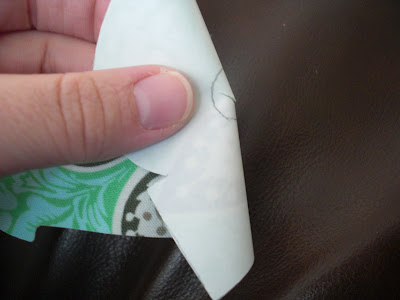 STEP FIVE: Cut out each letter on the pencil lines. If you need to cut out a small hole, bend the letter gently and clip it as shown... 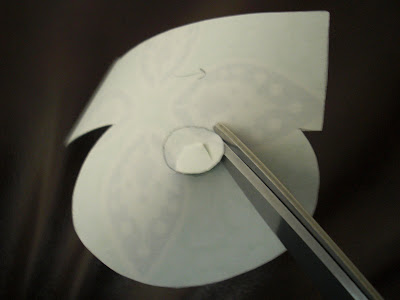 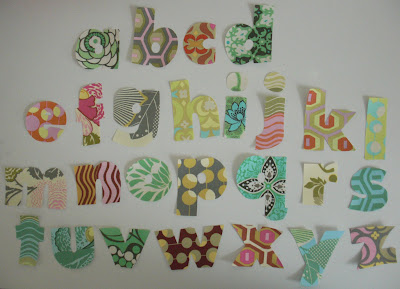 
Next you will make a little mock-up of your book. This will help you determine background colors. 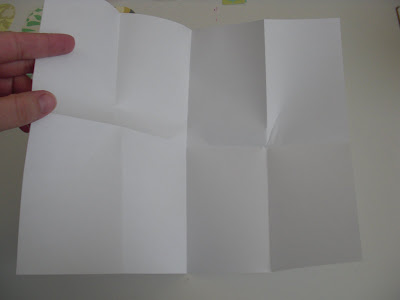 STEP ONE: Fold a sheet of printer paper in half, then in half again, and in half once more, until you have eight sections. 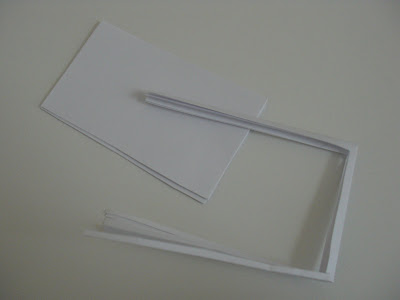 STEP TWO: Cut around all the folded edges. You now have eight pages, but only need seven, so ditch one. 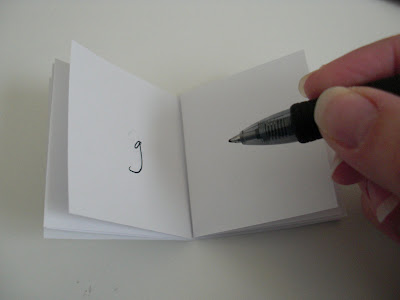 STEP THREE: Fold your stacked papers in half and write in the letters. "A" will start on the inside cover so you see "A" and "B" on the same spread.

Thanks, Hashi -- They're working now!

YAY! I am ridiculously excited about this!!!

This is so cute!

I cannot wait to use some of my pretty scrap fabrics to make my daughter a ABC book. Thanks so much for posting this tutorial!!!

Thanks for the tutorial! Coincidentally, I am in the middle of making my first book! Maybe I should hold off until you finish the tutorial to make sure I'm doing it right!

your tutorial is great and i'd really like to make a book for my 2 years old boy.
i've just tried to download your letters but i can't...can you tell me why? :(
tnx, fran from italy

Love your font, Care! What is it called? I want to make a book too, but I can't decide what font to use...

It's "Futura XBlk BT" -- I modified some of the lowercase letters a little bit. (j and q, and maybe another? Can't remember.) It's the perfect font for the job!

Thanks for the font, Care! And thanks, as always, for sharing all your wonderful ideas!

I featured this today! Hope you had a great holiday!

I posted my version of these books today and linked to you! I know you're struggling right now with people not sharing credit but I am happy to lead people to you - you're the one who already wrote such beautiful directions, why would I want to rewrite it and claim it as my own! Lol.

Thanks for the tutorial! I want to make one of these. I posted about it on my blog.

This is very cute and doable!Great tutorial!

So cute. A few time saving tips on the letters:

You can format your text in most word processing programs like word (or Pages for Mac. Choose OUTLINE and it will outline for you so you do not have to outline with the sharpie and when you print, you can choose to print the mirror image. This will cut out several steps for ya. This is the technique I learned just recently. Works like a charm

Hello, thank you for the great Tutorial. I published it on http://freepattern.erstlingswerke.eu , so that still completely many find it. Love of greetings from Trueffel