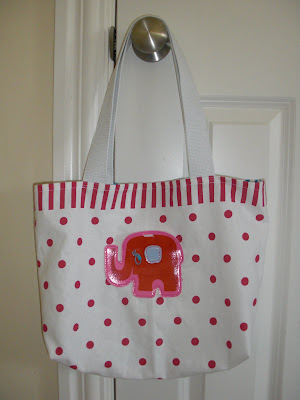 Today I will show you how to make a very basic tote bag. From here it can get as complicated as you like, with pockets and linings and the works, but first I wanted to show you something super simple that doesn't require much time or sewing skills. 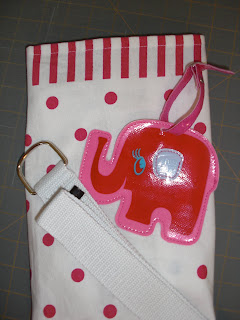 Supplies:
(I got everything at the dollar store!)

Step One: Lay your placemats right sides together and sew around three sides, starting with a short side, so only one long side is open. (Sorry, I didn't get a photo of this!) 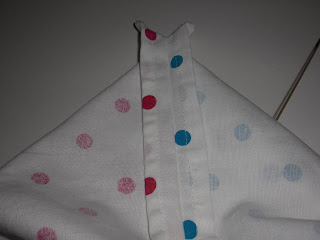 Step Two: Open your placemat pocket and shift it until you have a triangle in the corner. 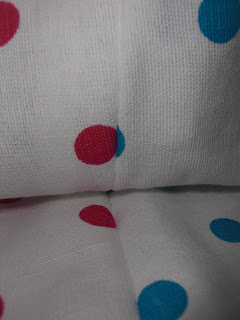 Be sure to line the seams against each other on the inside. 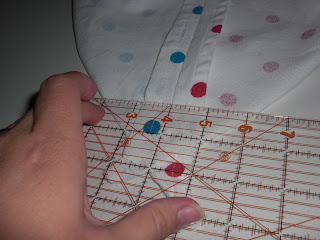 Step Three: Using a ruler, line up one line of the ruler (mine is the "4" line) down the center of your seam, and shift the ruler up or down along the seam until you have two inches on either side of the center line. Using a pencil, draw a line across your triangle. 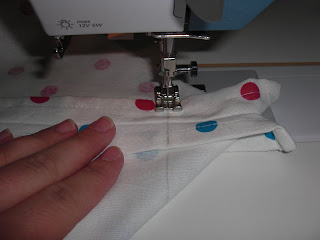 Repeat steps three and four for the other corner. 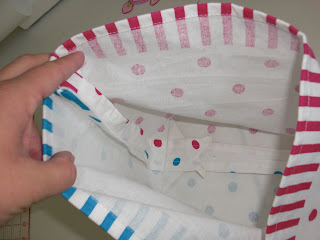 Turn your bag right side out. Your tote bag is taking shape! When you open it up and look down inside, you will see the little corners you sewed. You could cut them off near your stitching line, but I chose to leave them there so I wouldn't have to deal with raw edges. This also gives the bag a little more strength and shape. I also chose to stitch them down near the points so they would stay put. 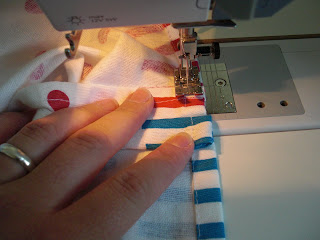 Step Five: Open the side seams at the top of your bag and stitch them down along the original stitching line. (This step is optional, but I think it gives a more finished look, and keeps those little flappies out of the way.) 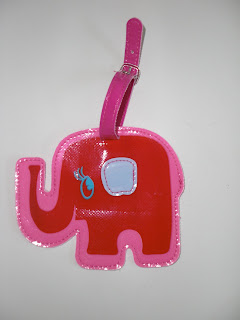 Step Six: The library card pocket! This cute luggage tag matches my placemats nicely, and a library card fits in it perfectly! Start by removing the strap. 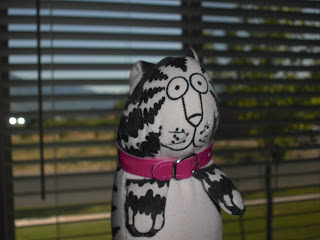 Save it for a bracelet, or a collar for a stuffed friend! 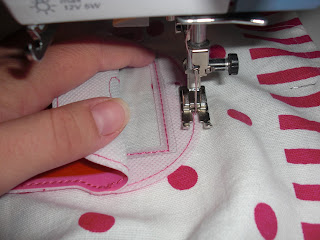 To sew your pocket down, mark the center of the side you want it on and pin it in place.

You will start by sewing down the "inside" of the pocket, so carefully open your luggage tag and stitch around as far as you can.

Before you start sewing: Be SURE that the opposite side of the bag is out of the way so you don't sew your bag closed!! (It would be easier to sew this on before you sew the two placemats together, but of course I didn't think of that until later!) 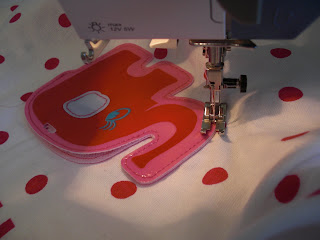 Step Seven: Sew around the rest of the pocket. 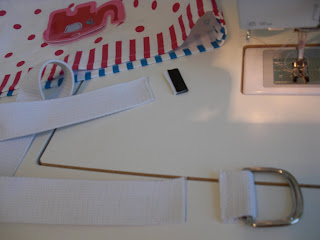 Step Eight: Cut the two ends off your canvas belt. (SAVE THOSE D-RINGS!! You can use them for this belt or for some other future project!) Then fold the belt in half and cut, creating two straps. 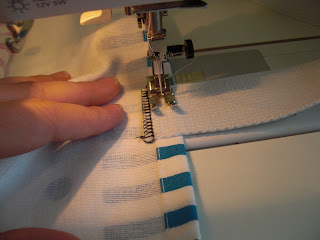 Step Nine: I serged off the edges of the belt (with black because I was too lazy to change my thread!) so they wouldn't fray, but you could also zig-zag the edge or use a little Fray Check. Mark where you want the straps to go, and pin them in place. It's a good idea to test it out once they are pinned to be sure the placement is how you like it. Sew them to the edge of your tote bag. I sewed a little rectangle with an additional line down the middle for extra strength. 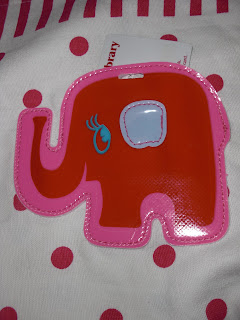 Step Ten: Slip your library card into its pocket and head to the library!!
Posted by Care at 10:05 AM

Cute!! I like the library card pocket - great idea!

What a fabulous idea! I've used the polka dotted mats to make gift bags, but I never thought of using a belt for tote handles!
Oh and I LOVED the stuffed kitty! Where'd you find that??

This one is so fun! It's funny, I just recently posted a placemat handbag tutorial on my blog as well. Here's a link.
http://wonderwomancreations.blogspot.com/2009/07/easy-placemat-handbag-great-super.html

This is such a cute idea... I plan to do this tomorrow!

I would have left the D-ring on one of the sides for a place to hook your keys too! :)